One Woman’s Fight For Survival: A Story of Hope Against Breast Cancer 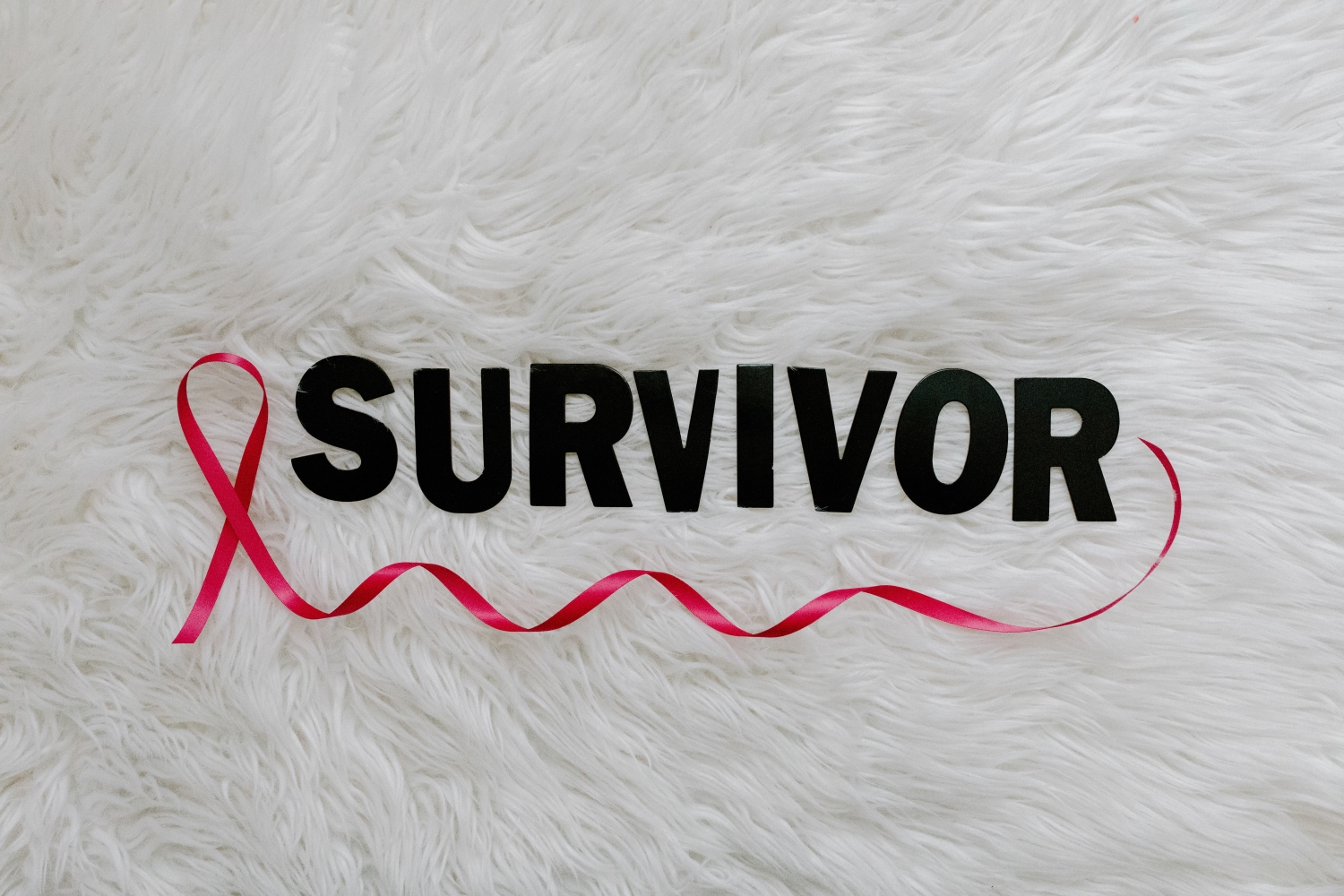 When I was 17, my aunt was diagnosed with Breast Cancer. One month later, she died due to complications from her bilateral mastectomy. Breast cancer was not a stranger to me. I always knew my chances were higher because of my family history. For some reason I thought, like most women, that 45 was a magic number when I would have to worry about it, or closer to age 40 with my family history. I got on with my life, I was busy raising three children and doing all of those things related to life as a wife and mother. I did not even do self-exams, even though my doctor recommended them.

When I was 41, I was forced to pay attention. In December I found what I could only describe as hardness. Not a pea-size lump, or a golf ball, but half of my breast was  hard. It was unmistakable. I was finally able to get scheduled for a mammogram in February. I knew it was bad immediately, I could see it on the radiologist’s face. When she said I needed to stay for a biopsy, I asked her to tell me the truth and she confirmed it looked like cancer. Three days later, the results of the biopsy were devastating: it was advanced, it was large, and all three lymph nodes biopsied had cancer. 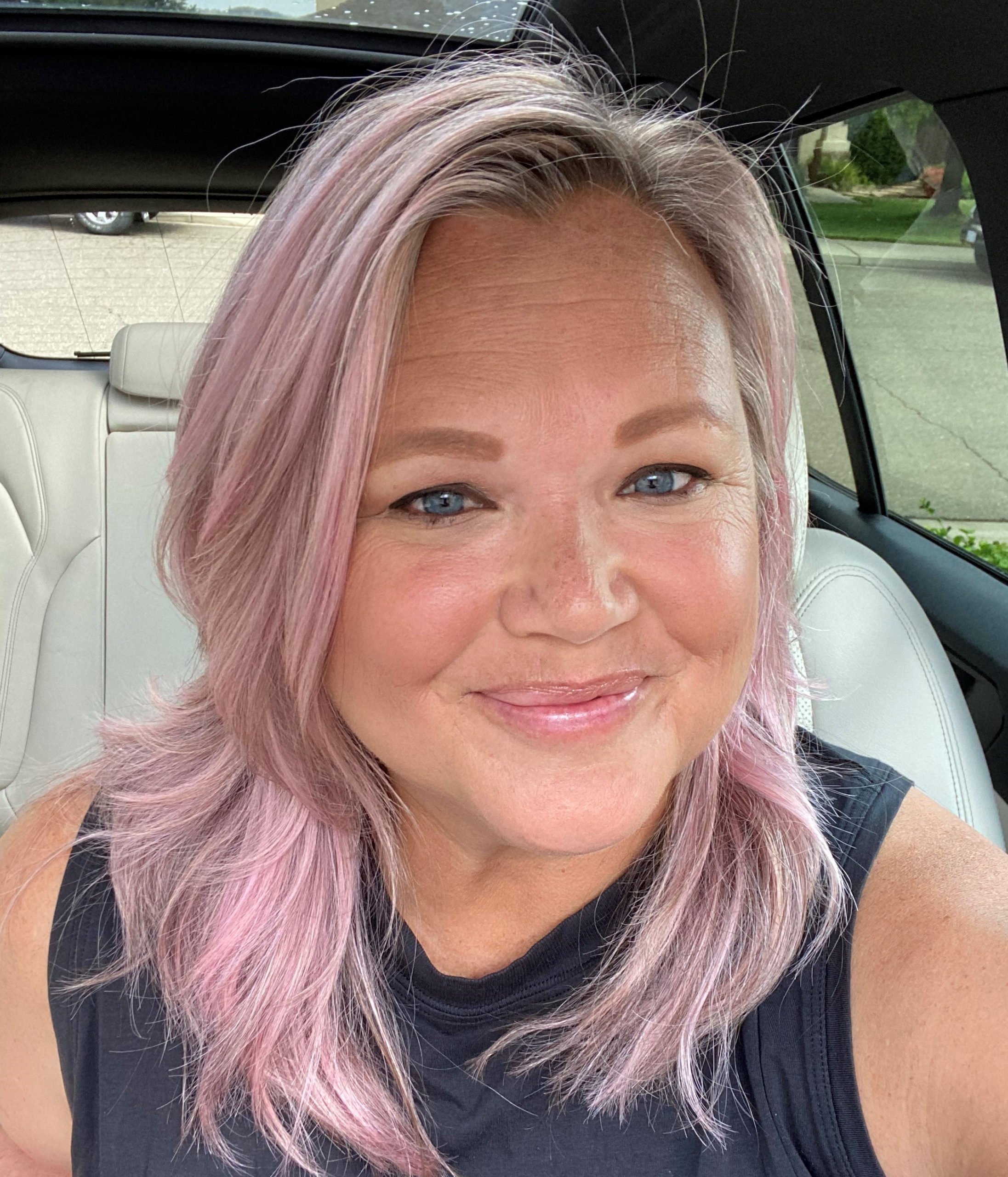 At that moment, my world came to a screeching halt. I remember feeling totally alone. Even though we have tons of family, no one knew what I was feeling, everyone  I knew was healthy. Why did this have to happen to me? Telling my family and friends was even worse. I could not handle the sad looks, the pity. I could see my fear reflected in the faces of everyone I knew. For someone who prides themselves on being tough and never crying, not being vulnerable, this was going to be hard. My daughter was 17 and I had no idea if I would be alive to see her graduate high school in June. It felt like a cruel joke that I would fight breast cancer in February, the same month my aunt fought and lost her battle. I was determined to not let history repeat itself. I became obsessed with information on treatments, types of breast cancer and of course, survival rates. My diagnosis was Invasive Ductal Carcinoma, ER/PR negative, and HER 2 positive. The tumor was 8 cm and was in eight lymph nodes. It had been there awhile.

A week later I met the other man in my life, my oncologist. He didn’t pull any punches, he told me my next year would be hard, but he felt sure he could cure. He also gave me what I thought was the most devastating news; I would have to start six months of chemotherapy as soon as we could start. It meant I would lose my hair, another humbling blow. I look back now and chuckle at how hard this news was for me. I think we as women put a lot of emphasis on our hair, it’s why we  don’t change our hairstylists for 20 years, and we don’t cancel appointments; our hair is a part of our identity. I had thick hair down to the middle of my back, and the thought of being as bald as my grandpa was absolutely awful. I cried for days over it. There would be no hiding the fact from the outside world what I was, a cancer patient. Once I gave myself permission to grieve over the idea of not only being a cancer patient, but also looking like one, I moved on. It was time to get to work! The next week I got my port put in, a PET scan confirming my oncologist’s diagnosis and staging, and I went in and got my cocktail of four chemotherapy medications that were the latest treatment for my type of cancer. After my main chemo was done, I had surgery to remove my cancer, and we actually got great news! My cancer had a full response to the chemo, it was gone! I had 32 radiation treatments just for good measure, and six more months of a light chemo and my treatment year was done! 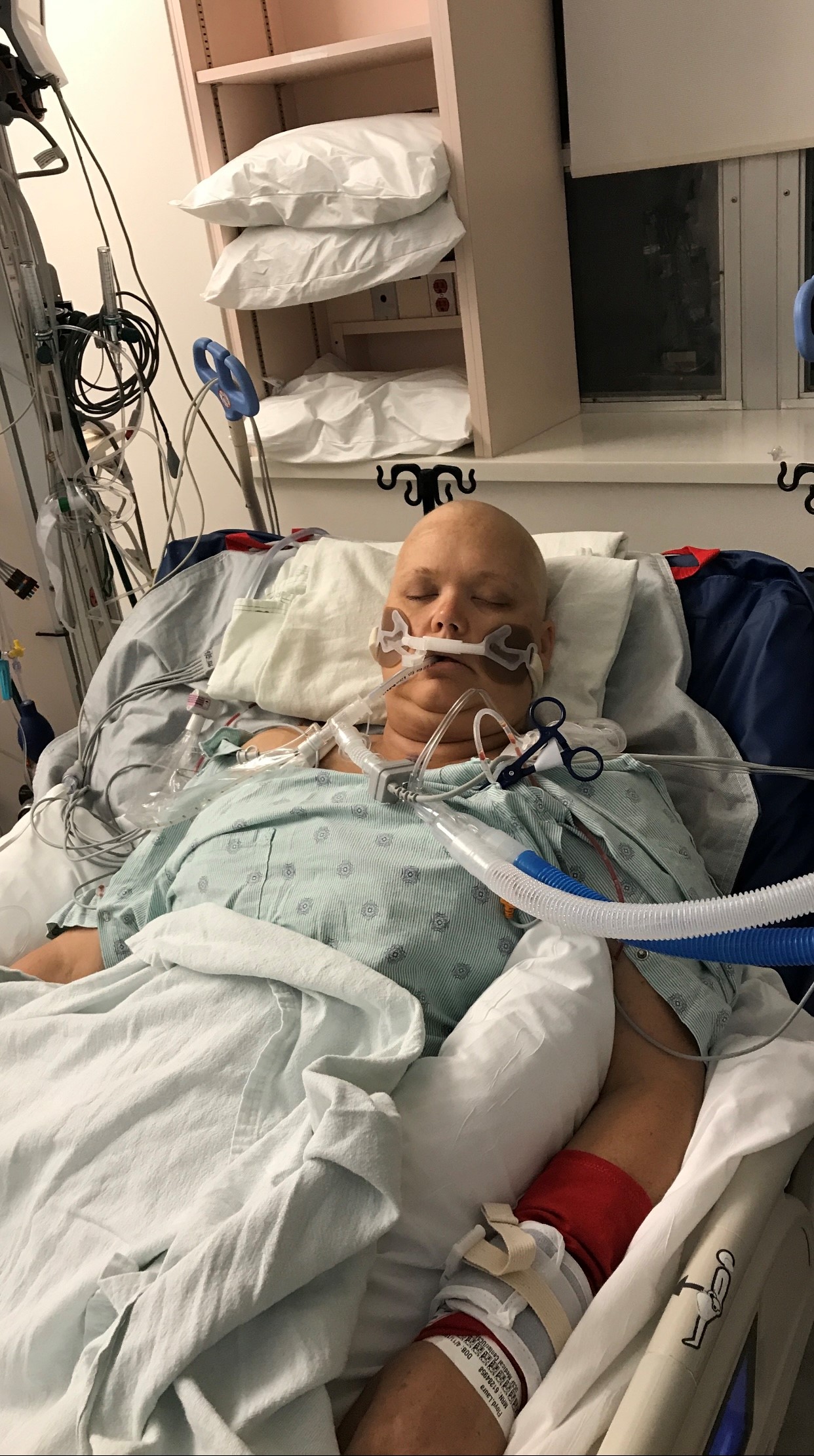 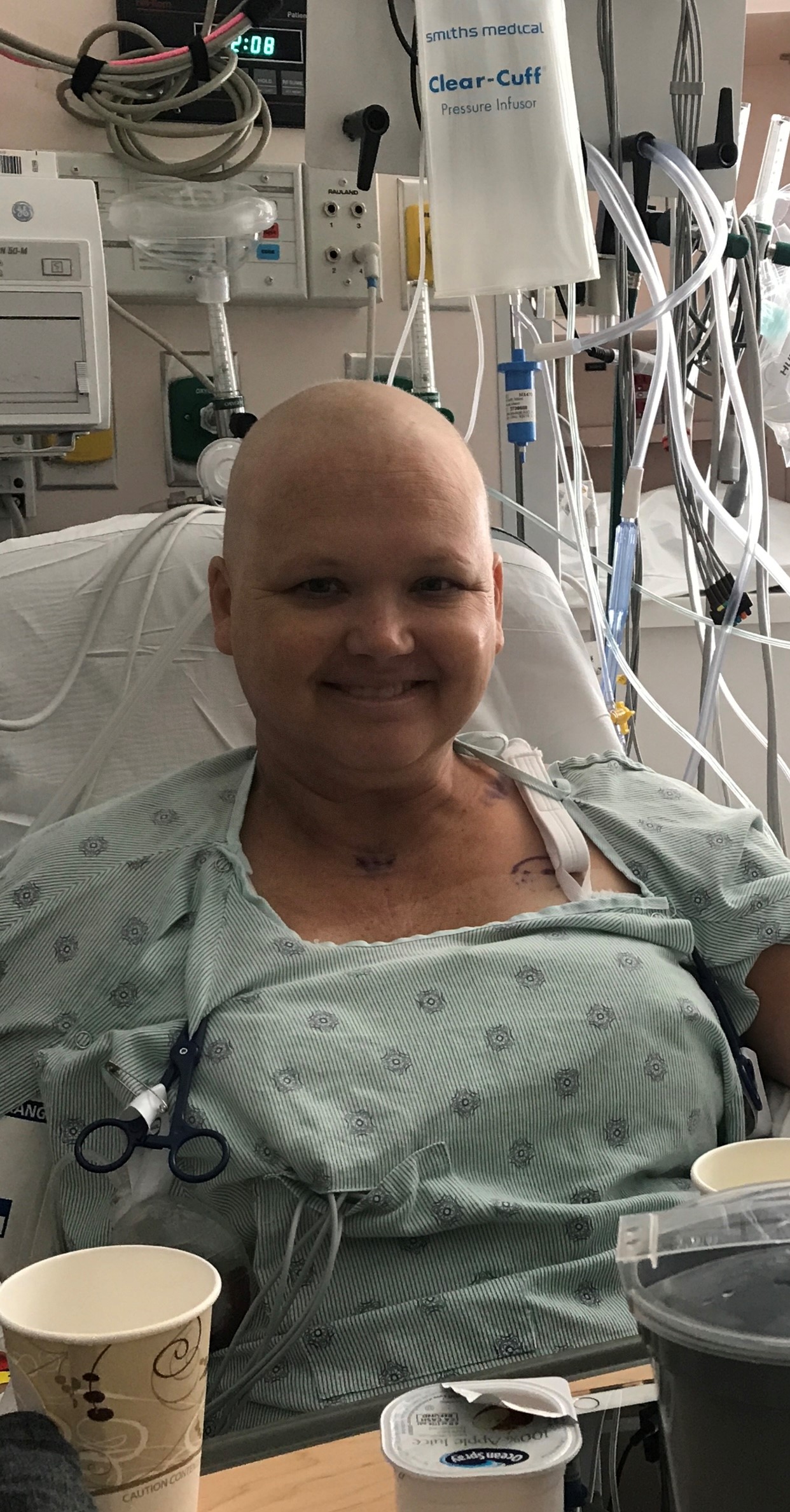 I look back on the year 2017, what my husband and I call my “cancer year” and it all seems like a blur. It was not easy; I had many complications, spent time in the hospital with reactions to my treatment. I still have neuropathy in my hands and feet; I will never get the feeling back in them. It is a small price to pay for my life.  I am grateful for that year as it gave me a new appreciation for life and how short it is. It made me appreciate  what a wonderful husband I have. Let me just say that again, I could not have done it without him. I know it was hard on him, but he handled it like a champ. When you go through a health crisis, your partner walks with you. They partake in your setbacks and victories, and it takes its toll. I cannot say enough about the importance of having a support system during a crisis like this. There is no way to measure the value of your person. Priceless, that is the bottom line.

So this is my cancer story, so far anyway. It is still being written. I still go to the oncologist every three months for  blood work, and six months for imaging. I am working towards the five-year marker. It is a milestone for Cancer Survivors.  If there is one thing you remember from my story let it be this: do your self-exams every month. Start early, in your twenties, so you know when something is different. It is never too early. Do not be like me and wait for  some general age when you start to think about it. Our bodies are different, and women are developing breast  cancer at earlier ages. The earlier you catch it, the easier it is to treat. I am thankful for all of the awareness  and research that has been funneled into breast cancer treatment. Without it, thousands of women would  have lost their lives. One in eight women will develop breast cancer during their lifetime, one in eight! This is a staggering statistic. Do not forget men as well, it is rare, but it happens. Please take my advice; do not let the  business of life get in the way of taking care of you, stay on top of your health. Cancer is not something that happens to other people, it can happen to you as well. If I had waited much longer, I might not be here today.  If you are recently diagnosed, or currently in treatment, please know that there are thousands of survivors  praying for you and sending you all of our love. May we never forget those who did not survive, the ones who  went before us, their memory lives on in all of us. Maybe someday doctors will find a cure for this beast of a disease, and all other cancers as well. Until then, we can only hope! 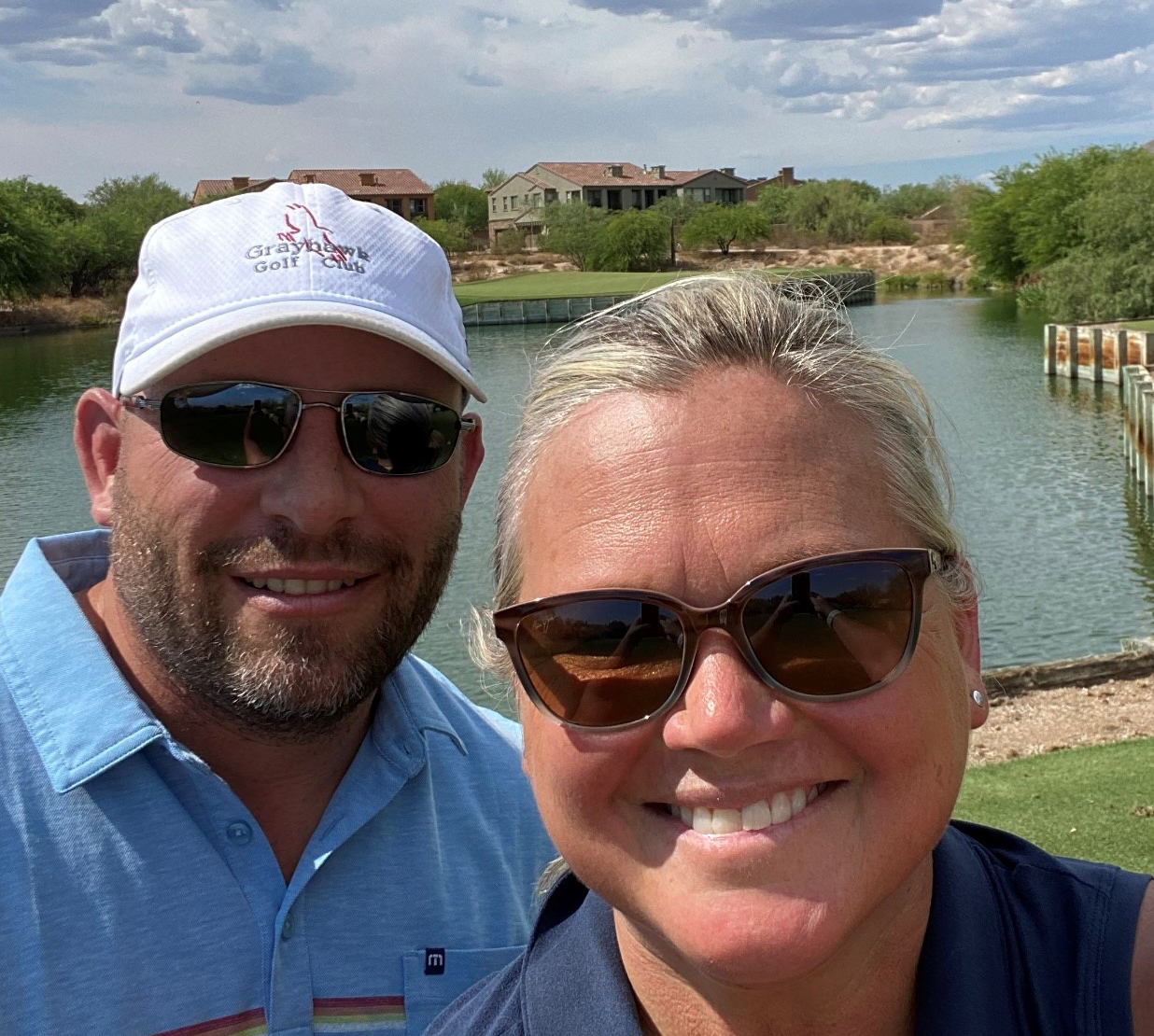 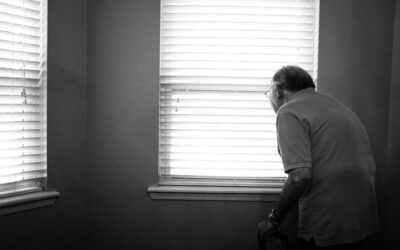 Prevention is key when it comes to decreasing the need for future long term care for the elderly. However, the truth... 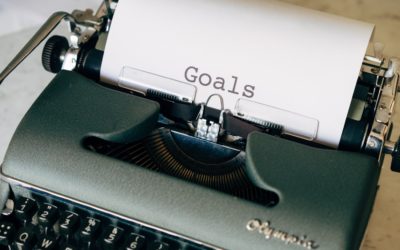 As the beginning of the year has begun, it may be the perfect time to think about or consider setting some personal... 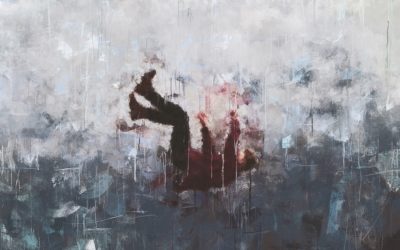 Take Time For Yourself This Holiday Season

While protecting ourselves and our loved ones from PTSD and suicide may seem like an obvious task, unfortunately...